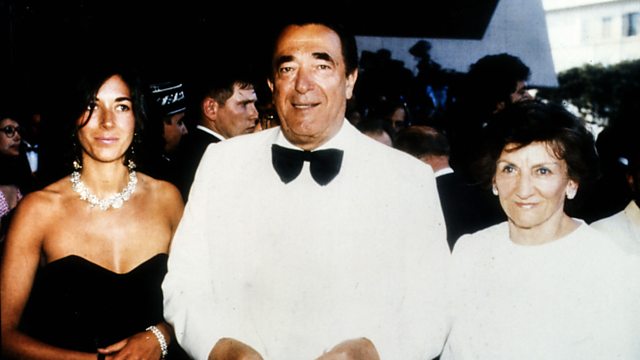 House of Maxwell Series 1
Episode 1 of 3

When Ghislaine Maxwell was convicted of grooming and trafficking underage girls, she became a household name with her face on front pages of newspapers all over the world. But she wasn’t always the most notorious member of the Maxwell family.

This episode tells the story of how her father Robert started the extraordinary saga that is the Maxwell family story and the formative influence he had on the lives of Ghislaine and his other children. Secret tapes reveal for the first time the shockwaves his disappearance at sea sent through his business empire as news spread that millions in investors’ money had seemingly vanished with him.

In the early 1980s, when Ghislaine was still in her twenties, Robert finally achieved his dream of owning a major British newspaper, bringing his children into the heart of his rapidly growing empire. This story is told using never-seen-before archive and testimony from those who worked closely with Maxwell and his family, many of whom have never spoken before. They describe how Maxwell’s intense rivalry with Rupert Murdoch drove his ruthless ambitions to be one of the world’s greatest media moguls. It led to an extraordinary spending spree to try to crack America. With his daughter Ghislaine at his side in New York, Maxwell was lauded as he rescued one of the city’s most iconic newspapers. The rise of the Maxwells seemed unstoppable.

But behind the grandeur and illusions of grand success, all is not as it seems. When the news breaks of Robert’s mysterious disappearance off his yacht in the Canary Islands, Ghislaine and her mother travel to Tenerife and are met by a media frenzy.

But there’s another problem. Unreleased secret recordings of executives within his businesses show the rising panic as they began to realise there are huge holes in Robert’s company finances. It is the beginning of a scandal that will change the lives of all of the Maxwells forever.

See all episodes from House of Maxwell