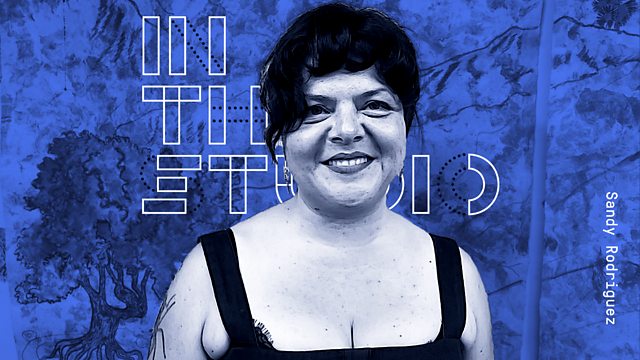 Mapping issues of immigration, deportation and protests against a backdrop of California’s majestic desert landscape.

Los Angeles-based artist Sandy Rodriguez grew up on the California-Mexico border, descended from three generations of Mexican painters. For In The Studio, reporter Laura Hubber follows Sandy as she creates large-scale map paintings, which tell the story of the current political moment, while harnessing methods and materials from indigenous Mexican culture. These maps explore issues of immigration – deportations, separated migrant children and protests – against the backdrop of California’s majestic desert landscape. Sandy sees her role as ‘tlacuilo’, a Nahua word meaning artist, scribe and sage. This is demonstrated in her unique practice as she creates the maps by collecting clippings of local plants, grinding and boiling them to make her own pigments, and painting onto traditional amate paper – all techniques that come from indigenous Mexican teachings.