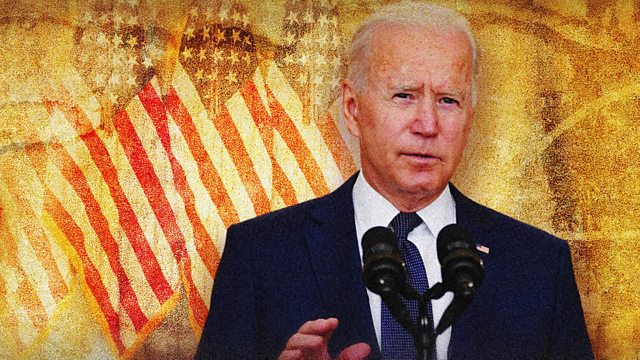 In an address to the US, President Biden said staying longer was not an option, a day after the end of a 20-year US presence in Afghanistan.

He praised troops for organising an airlift of more than 120,000 people wishing to flee the Taliban regime.

The Islamist militants have been celebrating what they call a victory.

US-led troops went into Afghanistan in 2001, ousting the Taliban in the wake of the devastating 9/11 attacks, blamed on al-Qaeda - a militant jihadist group then based in the Asian country.