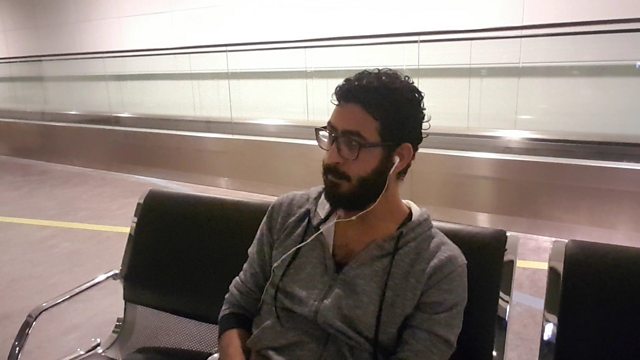 Seven months trapped in an airport

Syrian refugee Hassan Al Kontar became known around the world as 'the man at the airport' when he spent seven months trapped at Kuala Lumpur airport in 2018.

Hassan Al Kontar always dreamed of being a journalist, but it was a dream he felt he couldn't pursue in his native Syria, so in 2006 he moved to the United Arab Emirates. But when the Syrian conflict began in 2011, Hassan was faced with an agonising choice - either leave his job, go home, and face military service or stay in the UAE and risk losing his right to work. He chose the latter and spent over five years homeless before being deported to Malaysia where he could only stay for three months. Then Hassan's situation became even more difficult. He tried to fly to Ecuador but wasn't allowed to board the plane, and when he was denied entry to Cambodia, he found himself back in Malaysia's Kuala Lumpur airport, confined to the transit area with no money, no passport and no way out. Hassan would end up living there for seven months. He's written a book about his experience called Man at the Airport.