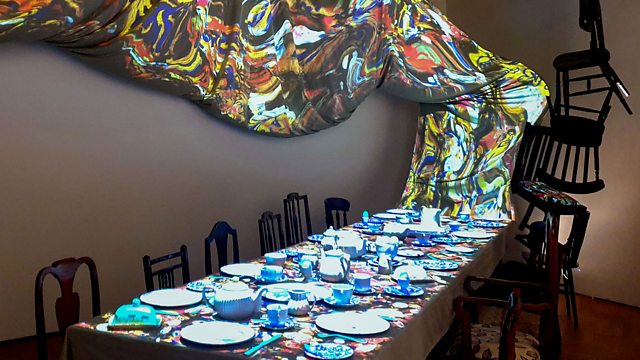 Secrets of the Museum Series 2
Episode 3 of 6

At the V&A, a rare set of Lucian Freud prints creates a stir, a fragile 600-year-old tapestry is on the move, and a new exhibition attempts to bring Alice in Wonderland to life.

Curator Kate from the Theatre and Performance Department embarks on one of the museum’s most ambitious exhibitions to date. Celebrating Lewis Carroll’s Alice in Wonderland, Kate wants to take visitors on a trip down the rabbit hole and into the imaginative world of Alice. At the heart of the exhibition, Kate hopes to recreate the famous Mad Hatter’s tea party, as seen in the famous 1966 film. To help pull off her bold plans, Kate has enlisted world-renowned theatre designer Tom Piper – but turning a scene from a film into an immersive installation proves more difficult than they had bargained for.

Meanwhile, for print curator Gill, it’s a dream come true when they acquire a rare set of prints from Lucian Freud. In order to discover more about them, Gill meets Freud’s former assistant David Dawson, who explains how Freud created his etchings and worked with his printer, and Freud's daughter Bella, who shares rare personal insights into how her father worked.

The V&A’s fashion curator Oriole is always on the lookout for fabulous pieces to add to the museum’s collection. This time, she manages to acquire not one but two standout pieces: one of the signature dresses by famed designer Molly Goddard and a men’s colour-block cardigan designed by JW Anderson, which sparked an unlikely worldwide crocheting craze on social media after the influential pop star Harry Styles was seen wearing it.

Over in the Textile Gallery, roof repairs mean that one of the museum’s greatest treasures must be moved. The Devonshire Hunting Tapestries are almost 600 years old and masterworks of the weaver’s art. Their enormous size means they are hardly ever moved, but now conservator Frances needs to take them off the wall safely. But before they can be taken down, she has to check every inch to make sure they are stable enough to travel on loan back to their former home, Chatsworth House. 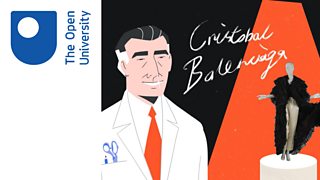