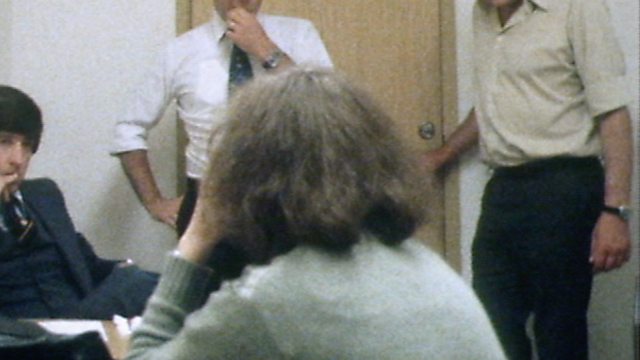 In 1982 the BBC broadcast a documentary called ‘A Complaint of Rape’. It was part of a fly-on-the-wall series about the police in which officers were filmed aggressively questioning a woman about her allegation of rape.

It made news around the world and inspired the then British Prime Minister Margaret Thatcher to question the procedure as well as the attitude of those involved. The woman was asked personal questions about her sex life, menstruation and her mental health. The officers told her directly that they didn’t believe her claim. It led individual police forces to reassess the way they investigated allegations of rape.

The film-maker Roger Graef told Witness History what it was like being in the room during the police interview.

See all clips from Witness History (351)