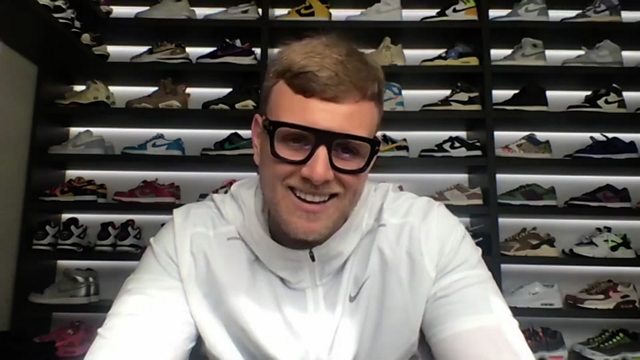 Tommy Mallet: 'I got bullied for trying to read a newspaper'

Actor turned entrepreneur Tommy Mallet opens up about how dyslexia impacted his life.

Former star of 'The Only Way is Essex' turned entrepreneur Tommy Mallet has spoken to BBC Radio 5 Live about how dyslexia has impacted his life.

As part of our 'Word Matters' adult literacy project, which focuses on the estimated nine million adults in the UK who struggle to read and write, Tommy opened up about his own struggles.

Speaking to 5 Live Breakfast’s Nicky Campbell Tommy said his dyslexia affected him “when he started going into business” and when he needed to read documents, such as when he was buying cars and sorting out insurance paperwork.

The actor admitted that he “can read whatever is in front of him” like a text message, but said he has difficulty “reading anything in-depth”.

The 28-year-old millionaire said an older colleague once mocked him for his low literacy levels.

“I was reading a newspaper, trying to fit in, and this guy took it off me and threw it over the other side of the room and said: ‘Go and pick that up, you can’t even read it,’” he said.

Instead of feeling humiliated, Tommy said the moment spurred him on “because I knew that I was worth more”.

The actor said he hopes his success will "give people hope".

"I'm proud of what I have achieved to show people that it ain't all down to what you get told in school... it comes down to how bad you want things."