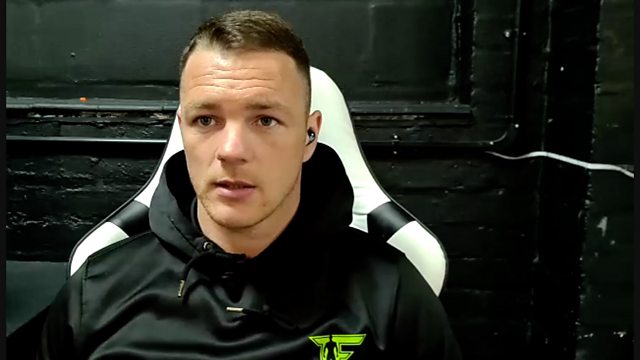 David Cox: 'Football is one of the most dangerous places you’ll ever be in'

David Cox, the former Albion Rovers striker, says he quit football last week after claiming he was verbally abused about his mental health.

The footballer, who has been vocal about his mental health struggles in the past, quit the sport last week.

Cox says he was taunted during the game about his previous attempts to take his own life.

Talking to Nicky Campbell on 5 Live Breakfast, he said football is not a "good place to be in" for anyone with suicidal thoughts.

He said he thinks he was specifically targeted because of his struggles with mental health, adding: "I know for a fact that players will be told, when they come on to play against me, 'Wind him up, he'll react.'"

If you've been affected by the issues raised in this video, you can find details of organisations offering help and support on the BBC Action Line website: bbc.co.uk/actionline

This clip is originally from 5 Live Breakfast on May 5 2021.