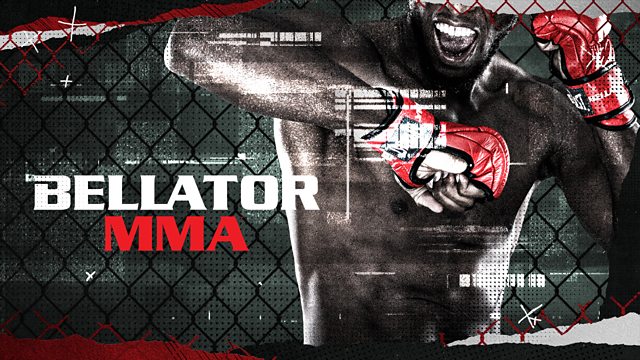 Bellator returns with Juan Archuleta’s hotly-anticipated first bantamweight title defence in a headline bout against fellow American Sergio Pettis. "The Spaniard" will be defending the belt he claimed after a unanimous decision victory over Patchy Mix at Bellator 246 in September 2020. The main event match-up will be Pettis’ first venture into the cage since he defeated Ricky Bandejas at Bellator 242, taking his record to 20 wins from 25 bouts. Pettis will be looking to hand Archuleta his first defeat since Bellator 228 in September 2019.

The evening’s co-main event sees a MMA legend make his promotional debut as Anthony “Rumble” Johnson faces off against Brazil’s Jose “Gugu” Augusto. The bout will complete the first round of Bellator’s light heavyweight grand prix with the victor earning a semi-final shot against current division champion, Russia's Vadim Nemkov. Johnson boasts a professional record of 22 wins from 28 bouts, with Augusto stepping in at short notice with seven wins from 10 to his name.

Elsewhere on a stacked main card Michael "Venom" Page returns to the cage to take on Derek “The Barbaric” Anderson in a long-awaited welterweight clash. Since suffering his first career loss to Douglas Lima at Bellator 221, “MVP” has returned to form with four straight wins and will be looking to show his class in his first bout since Bellator's historic Paris event in October. Fans can expect fireworks when the two heavy hitters finally get together after two previously scheduled meetings were cancelled.

Also in action on an evening filled with world-class fights, Patricio’s younger brother Patricky “Pitbull” Freire returns to the promotion in a lightweight clash against Ireland’s Peter “The Showstopper” Queally, whilst middleweight Johnny “The Korean Canelo” Eblen looks to preserve his undefeated seven-fight record against Daniel “Demigod” Madrid.

See all episodes from Bellator MMA