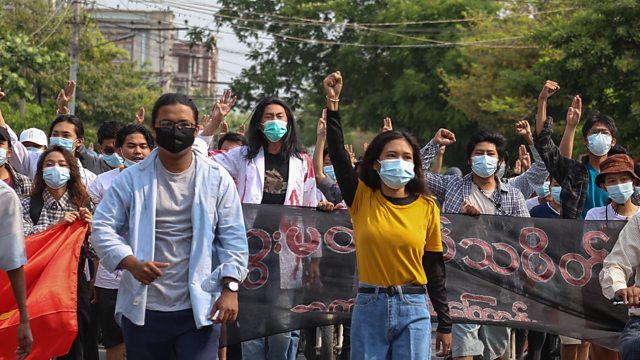 Over thirty protest leaders have been arrested in Myanmar in a series of raids carried out by the security forces across the country. It's one of the largest wave of arrests since the army deposed the democratically elected government of Aung San Suu Kyi in February. Those detained include celebrity critics of the military coup, including the veteran actor Zin Wyne and the young singer Po Po. We get the reaction of human rights activist Aung Kyaw Moe, who's in Yangon.