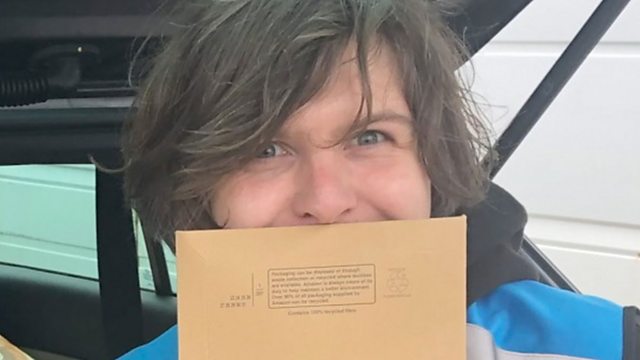 Singer Lewis Bootle had to re-train as a delivery driver during the pandemic, but has found a novel way to keep his music alive.

Speaking to 5 Live’s Naga Munchetty, Lewis, who performs under the alias Adorable DEMONZ, said he has been taking his guitar on deliveries with him and offering to serenade customers with his new single.

He said: “It felt really nice to bring that gig atmosphere, that live music atmosphere that I think so many people are missing right now.”

This clip is originally from Naga Munchetty on Tuesday 6 April 2021.