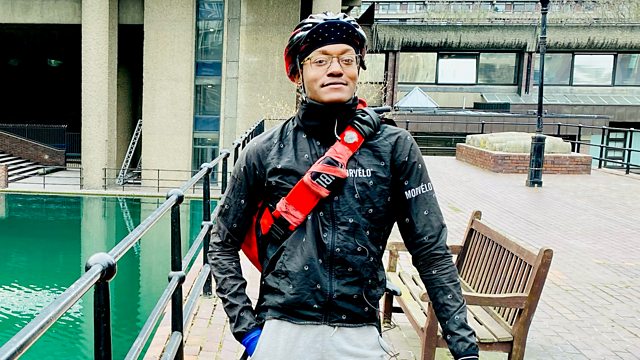 In 2016 when producer Georgia first met him, Demille was a cycle courier in his early twenties, taking his company to a tribunal over better working conditions. He was fired-up, political, and excited about a case he would go on to win.

For the past five years, Georgia and Demille have been meeting and recording.

Demille’s story is one of being young and trying to stay afloat in the gig economy; of resilience and hope and trying to find control over his city and life.