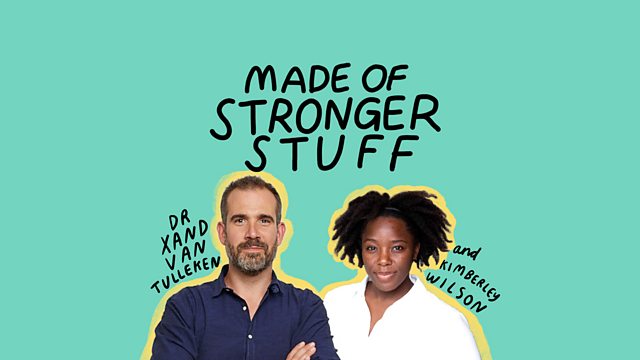 Made of Stronger Stuff

Psychologist Kimberley Wilson and Dr Xand van Tulleken find out why the neurotransmitter serotonin is not simply the “happy chemical”.

Psychologist Kimberley Wilson and Dr Xand van Tulleken take a journey around the human body, asking what it can tell us about our innate capacity for change. In this episode, they explore serotonin - a chemical involved in everything from sleep to bowel function, appetite to blood clotting.

Xand and Kimberley find out why serotonin’s reputation as the “happy chemical” is misleading, explore the interaction between serotonin and dopamine in sex drive, and hear about new approaches to treating depression using psychoactive drugs.

See all episodes from Made of Stronger Stuff