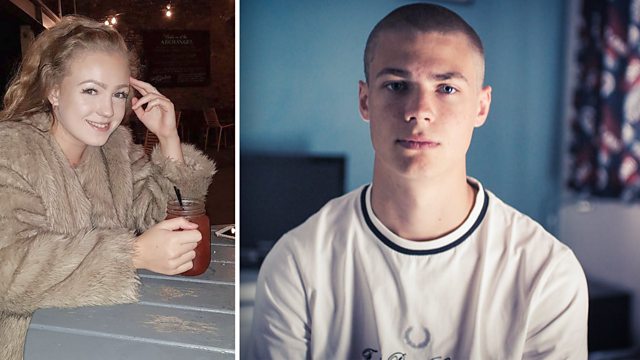 Patrick tries to understand what caused the sudden and unexpected death of his sister Lauren. In seeking answers, he is shocked to discover the true extent of the problem.

After the sudden and unexplained death of his 19-year-old sister Lauren, Patrick is left grieving, struggling to understand how a young person could go to sleep and never wake up. Every year over 600 young and seemingly healthy people die suddenly and unexpectedly from sudden cardiac death. Lauren's death was registered as SADS, or sudden adult death syndrome, a cause of cardiac death even the experts don’t completely understand.

Patrick finds himself unable to talk to his friends or family, but he needs answers. What could have been done to prevent Lauren’s death, and is there a way to stop other young people dying this way? He and his family are referred to St George’s Hospital in Tooting to undergo cardiac tests in hope of understanding what happened to Lauren. He learns that he, too, could be at risk, as in nearly half of SADS cases, a problem is also detected in other family members.

Patrick also attends a bereavement counselling session in London with other young people who have lost a sibling to SADS. Among them is Tash, who lost her brother when he suffered a cardiac arrest at the wheel of a car, and Ellen, whose brother - a semi-professional rugby player - died following a workout at the gym. Patrick discovers that sudden cardiac death is the leading cause of death in young athletes during exercise. He visits Tonbridge Angels Football Club in Kent, who lost three of their players to sudden death and instigated a screening programme as a result. Here he learns that mandatory screening of athletes in Italy has reduced sudden cardiac death by nearly 90 per cent.

Footballer Fabrice Muamba famously survived SADS after collapsing halfway through a match at White Hart Lane. He and Patrick retrace Fabrice’s steps, as Fabrice tells Patrick how it felt when his heart stopped for 78 minutes.

Finally, Patrick meets a leading cardiac pathologist, Professor Mary Sheppard, who believes SADS deaths are under-reported. Based on her research, she understands sudden cardiac death to be the third biggest killer of young people, after road traffic accidents and suicide.

See all clips from Sudden Death: My Sister’s Silent Killer (2)