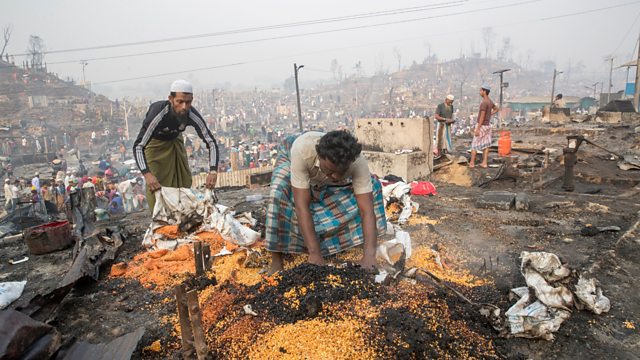 Despair days after huge fire in Rohingya camp in Bangladesh

An estimated 45,000 people have been displaced after a huge fire tore through a Rohingya refugee camp in Bangladesh. At least 15 people have been killed and hundreds are still missing after the blaze at the Balukhali camp near the southeastern town of Cox’s Bazar late on Monday. Mohammed Rezuwan Khan lives near to Balukhali camp and helped those fellow Rohingya who suffered devastating loss in the fire including a member of his own family.