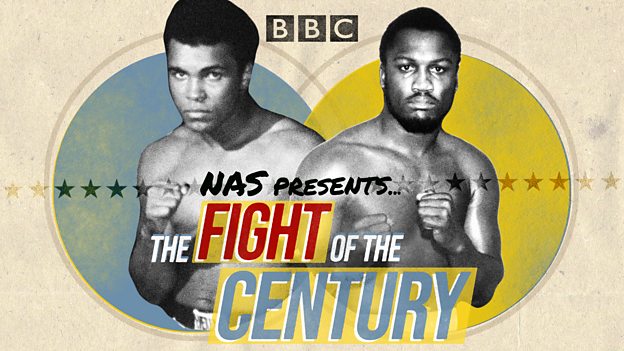 March 8th, 1971, Madison Square Garden, New York, USA. A small, illuminated square of canvas. Camera lenses point from every direction, the world is watching. In the surrounding seats an unlikely mix of spectators rub shoulders - the cream of Hollywood, music stars, gangsters, pimps and politicians. Outside touts are making a killing, asking astronomical prices for the hottest ticket in town. In order to gain the best view in the house, legendary singer Frank Sinatra has become an accredited press photographer.

In opposite corners of the ring are Muhammad Ali and Joe Frazier, the first time two undefeated heavyweight fighters have met in a world title clash. But this is more than just about boxing. The fight takes place in a divided America. An America of riots, assassinations, military drafts, social unrest and racial tensions, with the Vietnam War at its height.

In one corner is Muhammad Ali - portrayed in the media as a dangerous rebel, a symbol of the counterculture, whose defiant stance on the Vietnam War and his involvement with the Nation of Islam has brought the wrath of the US Government down on him. But, to many, he was the king in exile, back to reclaim what had been wrongly taken away from him. A charismatic and eloquent talker, the TV camera loves him and his face is one of the most well-known images in the world.

In the opposite corner is Joe Frazier, once a friend of Ali but now a fearsome rival. He's fought even harder than Ali to earn the heavyweight championship belt around his waist, but the merciless insults of his opponent has vilified him a stooge for a racist, white establishment. A vicious puncher and a pummelling gladiator, Frazier is determined to earn the respect and recognition he feels he deserves. Reserved and less comfortable in a TV studio, Frazier is the opposite to the garrulous Ali.

Both fighters have been guaranteed a staggering $2.5 million each, the largest single pay day for any entertainer or athlete at the time. With the rights owned by a new breed of Hollywood promoter and super-agent, the fight heralds a new era in the commercialisation of sport - the effects we still feel today. Watched by 300 million around the globe - considerably more than had watched the moon landing 2 years earlier - the fight is even relayed to GIs in Vietnam.

This is The Fight Of The Century - Ali v Frazier.

Over 6 episodes hip hop legend Nas will take the listener on a journey that starts in 1967 and ends with a sporting event dubbed ‘The Fight of The Century’ in 1971. Mixing words, music, archive, expert witnesses and original drama, this series will take the listener through a story that sees our protagonists go from friendly rivals to enmity at a time while America is on the brink, rocked by race riots, political assassinations and the continuing war in South East Asia. Using the power of drama and a little imagination, Nas will pull back the curtain and guide the listener ‘behind the scenes’ of one of the greatest sporting events of all time as we build up to and explore the greater meaning of what happened back on 8th March, 1971.

It’s a story of many parts that takes us from the gyms of Philadelphia to the court houses of America, from the canvas of Madison Square Garden to the White House, and from Army induction centres to TV studios. It’s a story that gets to the heart of America and peels back the issues which still reverberate today. It’s a story that shines a light on a USA that was in the cross-fire, ripped apart by divisions, bogged down by the war in Vietnam and yet was bright and innovative enough to put a man on the moon and create some of the best music ever recorded. 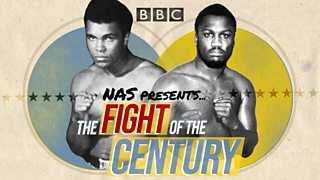