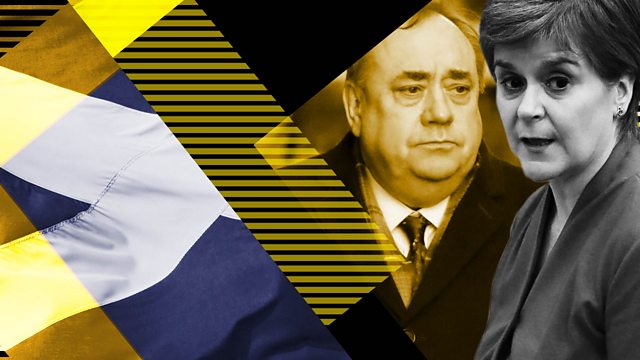 The Salmond-Sturgeon feud: What happened?

The Salmond-Sturgeon feud has exposed a bitter split in the SNP. What happened and where does it leave the independence project?

Alex Salmond will no longer give evidence on Wednesday to the inquiry into how the Scottish government handled complaints against him.

The move came after the parliament withdrew and then republished a revised version of one of Mr Salmond's submissions to the inquiry.

Mr Salmond's submission included claims that there had been a "complete breakdown of the necessary barriers which should exist between government, political party and the prosecution authorities".

He alleged that there was "a deliberate, prolonged, malicious and concerted effort amongst a range of individuals within the Scottish government and the SNP to damage my reputation, even to the extent of having me imprisoned".

Nicola Sturgeon insisted any accusation of a conspiracy was "not true".

What has led to the breakdown of Scotland’s most successful political partnership, between Salmond and his protege, successor and current First Minister Nicola Sturgeon?

And how could this affect a potential second independence referendum?