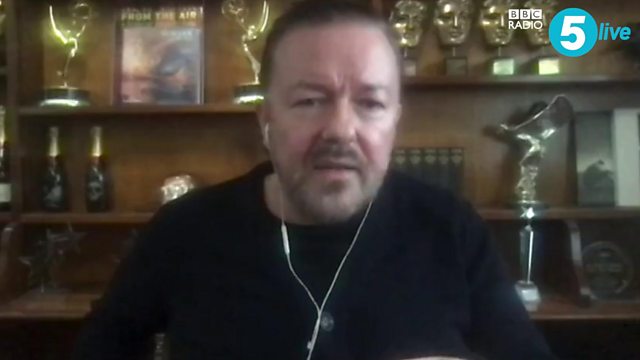 "It falls into tribes."

Afterlife creator Ricky Gervais says he thinks some people get 'cancelled' for the wrong reasons.

"No one really cares about the argument anymore or the principle, they just care about who's saying it." he said.

He told 5 Live's Nihal Arthanayake that he feels it's easier to get cancelled on Twitter because people can just look at each others profiles and attack someone who has the opposite 'credentials' to them.

"Well you think, 'You're not even listening to each other now, you've just read each others bios."