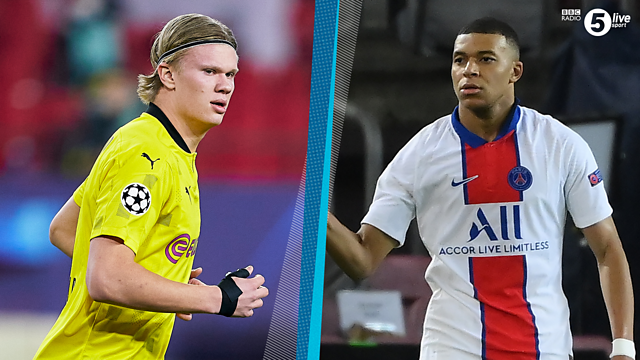 Steve Crossman, Guillem Balague, Julien Laurens & Kristof Terreur talk Mbappé and Haaland and whether they are the new Messi and Ronaldo

Steve Crossman is joined by Guillem Balague, Julien Laurens and Kristof Terreur to talk Kylian Mbappé and Erling Haaland’s stand out Champions League performances. Will they reach the milestones of Ronaldo and Messi? And what clubs will we see them at next?

Belgium head coach Roberto Martínez joins the pod after Romelu Lukaku scored his 300th goal at senior level for Inter Milan. What’s it like to coach Lukaku? And what does the future hold for him?

TOPICS:
3mins 50secs – Guillem and his conversation with Pochettino
5mins 20secs – Are Mbappé and Haaland the new Messi and Ronaldo?
13mins – Mbappé stats and his performance against Barcelona
19mins 10secs – Will Mbappé stay at PSG? And where will Haaland go?
20mins – Mbappé’s conversation with Pochettino
27mins 20secs – Which one would you sign, Mbappé or Haaland?
31mins 30secs – Roberto Martínez on Lukaku
40mins 30secs – Martínez on the future for Lukaku and how he can still improve