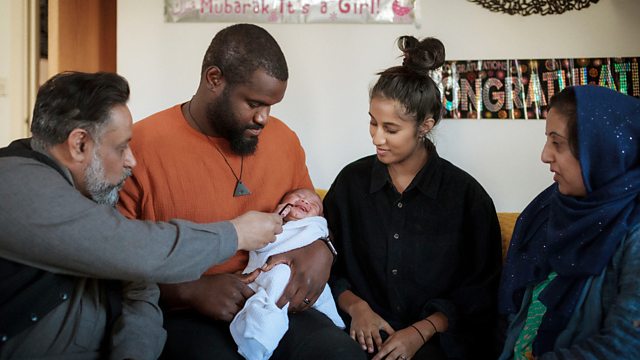 British Muslims from across the faith mark some of life’s biggest moments from birth and coming of age to marriage and end of life.

British Muslims from across the faith mark some of life’s biggest moments from birth and coming of age to marriage and end of life.

Jermaine and Mariyah are preparing for the birth of their first daughter, Rumi. Jermaine is a Muslim revert and is working hard to learn the adhaan, the Muslim call to prayer, to recite to their baby when she is born.

Eight-year-old Hafsa is doing her hifdh, an ancient traditional practice of a small number of devout Muslims. She wakes up early and learns verses from the Qur'an, then after school she practices those verses.

Hanna is a born Muslim; her parents were both converts to the faith. She and Ali met and fell in love, and they are now married. They look back at their vows with pride and reflect on how their faith has helped them in their marriage.

In London, Emine is marking the death of her mother. A final prayer takes place, symbolising her mum coming from God and going back to God.

See all episodes from Being...