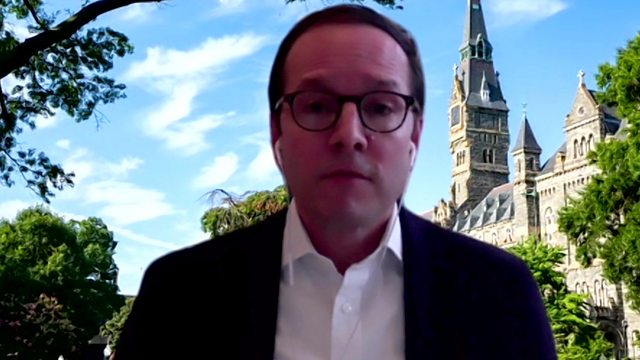 US President Biden's administration needs to deter China from greater military coercion of Taiwan, says Evan Medeiros, a former director for China and Taiwan Affairs on the US National Security Council.

He told Hardtalk's Stephen Sackur that the issue of Taiwan was "a war and peace issue for China" and a conflict was certainly possible, but he believed both sides had a variety of incentives for things to not escalate.

Mr Medeiros said the whole world needed to get serious about what a long term strategic competition between the US and China looked like.