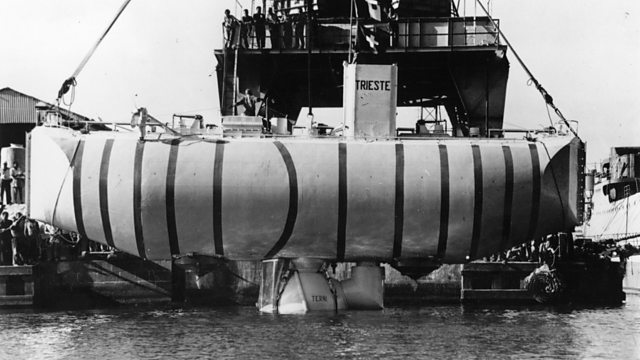 In 1960, Jacques Piccard and Lieutenant Don Walsh became the first humans ever to journey to the world's greatest depth, the bottom of the Mariana Trench in the Pacific Ocean. They attempted the expedition in the Bathyscaphe Trieste, a submersible specifically designed to withstand the tremendous pressure they would encounter. Don Walsh spoke to Witness History about their pioneering feat.