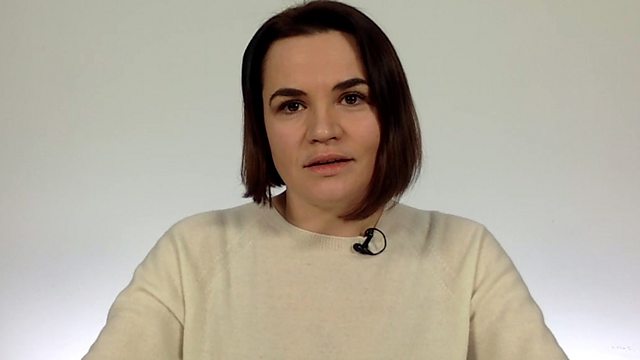 Tikhanovskaya: I can’t tell people not to protest

Belarus opposition leader Svetlana Tikhanovskaya has said she does not have the right to tell people who are protesting against the disputed re-election of President Alexander Lukashenko to go home.

It is up to each protester to decide whether they want to continue or stop, she told BBC Hardtalk's Stephen Sackur.

President Lukashenko has previously claimed the protesters are being paid by foreign powers.

Ms Tikhanovskaya is currently living in exile in Lithuania. 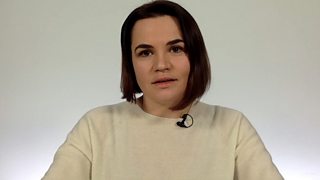