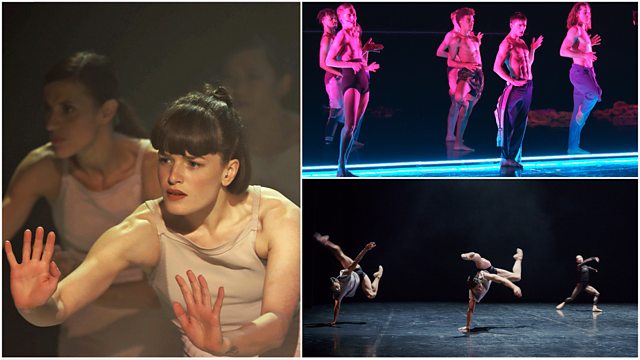 In this final part of three very special programmes we celebrate the extraordinary power of dance. Artists inhabit spaces throughout Sadler’s Wells from foyer to stage, as Dancing Nation presents more world-class performances from some of the country’s leading dance companies and rising stars.

Anthony and Kel Matsena’s searing Shades of Blue. This work takes us into the heat of a protest and looks at the effects of COVID-19 and the Black Lives Matter movement on a generation that longs for freedom and peace.

Choreographer Kenneth Tindall and Northern Ballet bring us States of Mind. Inspired by a collection of thoughts, feelings and news headlines from lockdown, this poignant new work is an abstract response through movement to a selection of situations experienced during recent months.

Created by Shobana Jeyasingh in 2018, Contagion explores the nature and spread of the unseen virus which caused the ‘Spanish flu’ pandemic in 1918. This specially staged version of Contagion, set to an atmospheric soundscape, is inspired by the 1918 virus itself.

And the series wraps up with an explosive collaboration from world-renowned Rambert and French choreographer Marion Motin, whose hip hop-influenced style is best known through her work for Christine and the Queens and Dua Lipa’s IDGAF music video. The result - Rouge - is fresh and bold, with four-to-the floor beats, tight unison bodies and glorious costumes.

Presented by Brenda Emmanus as part of BBC Arts’ Culture in Quarantine, this unique festival was brought together in lockdown by Sadler’s Wells, London - one of the world’s leading dance houses.

See all episodes from Dancing Nation