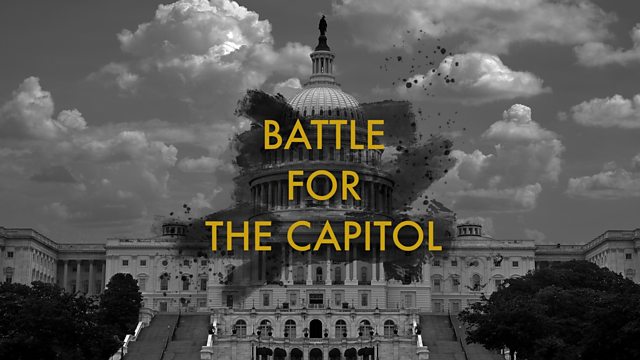 Battle for the Capitol

Journalist Leah Sottile asks what’s next for America’s far right and anti-government movement now that the first President they’ve ever supported has been defeated.

In the run up to the 2020 Presidential election, journalist Leah Sottile explored the motivations and agendas of America’s far right for the Radio 4 series Two Minutes Past Nine. Recordings were made against a backdrop of a country that felt tense, divided and dangerous.

In the past month, a lot has happened. In this reactive and raw programme, Leah explores America’s far-right at this very moment; fired up by conspiracies, frustrations, and the defeat of the first President they have ever supported.

On Wednesday 6th January, as a Joint Session of Congress met to certify the election of Joe Biden, Trump supporters breached security lines and stormed the Capitol Building in scenes that looked straight out of the racist hate filled propaganda novel The Turner Diaries. Two pipe bombs were found just blocks away at the offices of the Republican and Democratic national committees.

Leah asks how Donald Trump has managed to manipulate a rabble of foot-soldier extremists and asks what’s next - and how worried we should be.

Interviews include Kelvin Pierce, son of William Luther Pierce, author of The Turner Diaries, Kerry Noble, and former elder of far right militant group The Covenant, the Sword and the Arm of the Lord.

With thanks to Dave Hawkins for the additional archive.