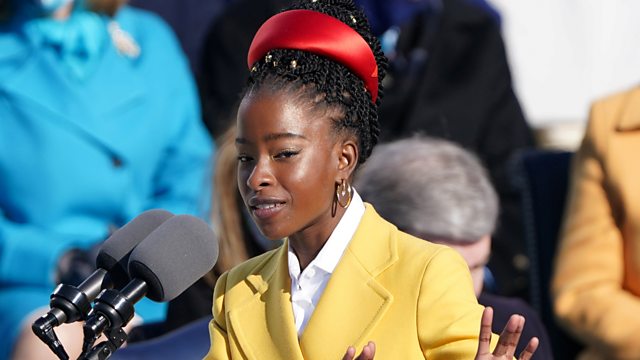 Amanda Gorman, the 22-year-old Harvard graduate and African American performance poet, read her poem The Hill We Climb at Joe Biden's inauguration. She became the sixth poet to perform at a presidential inauguration, following in the footsteps of poets including Robert Frost and Maya Angelou. She describes how she came up with the idea for the poem and the themes she wanted to reference. "It was pretty clear that I wanted to do something new. it was daunting to write something that spoke of the moment. I wanted to speak of a united nation, of unity and collaboration and togetherness which granted was a challenging task when you're talking about a country that just experienced an insurrection at the Capitol."