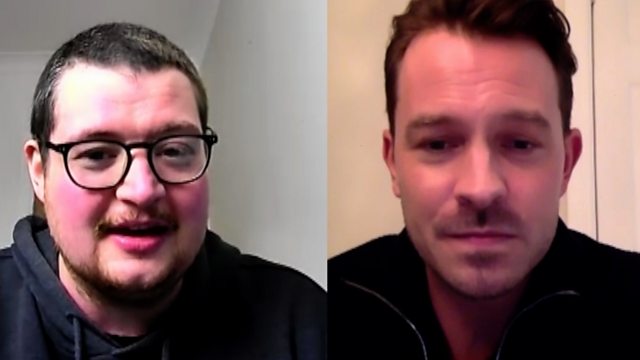 John opened up and spoke to Ashley Taylor Dawson, the actor who plays Darren in Hollyoaks, on BBC Radio 5 Live Drive about how a suicide storyline in the soap saved their life.

Hollyoaks fan John from Cheshire opened up and spoke to Ashley Taylor Dawson, the actor who plays Darren Osborne in Hollyoaks, on BBC Radio 5 Live about how a suicide storyline in the soap saved their life.

Speaking on the 5 Live Drive programme, 32-year-old John thanked Ashley and said: 'If that storyline hadn’t happened I would not be here. I'd be dead. That's the reality of it. You have saved my life."

John was struggling with suicidal thoughts in lockdown last year and after watching Kyle’s friends and family's reaction in the aftermath of the character ending his life, it "hit home" and encouraged John to open up about their feelings and seek mental health support.

"We're not weak, we're human and it's OK to cry, it's OK to reach out for help. I just want to thank you mate," John added.

Ashley Taylor Dawson, whose character Darren was Kyle's friend in the soap, said: "You know what I find interesting about that, John… you'd already planned it, you'd already said that you were going to go ahead with it, and you'd already thought about that scenario, but it was actually seeing it being played out.”

“Sometimes it takes something else just to trigger that impulse. To make you see a different route,” the soap star added.

If you or someone you know needs help, you can find details about how to access help and support with mental health on the BBC Action Line website – bbc.co.uk/actionline

This clip was originally broadcast on BBC Radio 5 Live Drive on Tuesday 19 January 2021.

You can listen to the full conversation via BBC Sounds - https://bbc.in/301WB9m