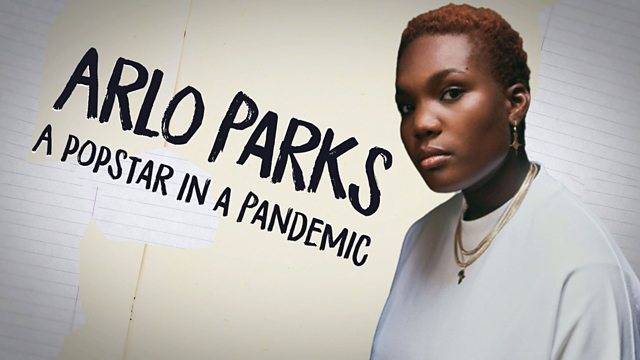 Arlo Parks: A Popstar in a Pandemic

At the start of 2020, BBC Radio 1 gave Arlo Parks a camera, to capture an exciting new artist making their debut album. No one could have predicted how the story would unfold.

At the start of 2020, BBC Radio 1 gave Arlo Parks a video camera, to capture behind the scenes of a new, exciting artist during the making of their debut album. No one could have predicted how the story would unfold.

In March 2020, Arlo Parks was on her first headline tour of the UK when Covid-19 brought the country to a halt. Her remaining shows were cancelled and no longer able to perform, she went back to living at home with her parents in London. She began to grieve for the year she had lost, sometimes not leaving the house for days. Until, she decided she needed to change her perspective.

Determined not to be defeated by the circumstances, Arlo Parks put a plan together and began writing her debut album, connecting with other artists and fans online and as restrictions began to ease, she flourished even further. She collaborated with some of her favourite singers and performed in two Live Lounges in lockdown. She crafted album artwork and even went to sing on a stripped back Pyramid Stage in Glastonbury.

If there is anyone who has made the most of out lockdown, it is sure to be Arlo Parks.