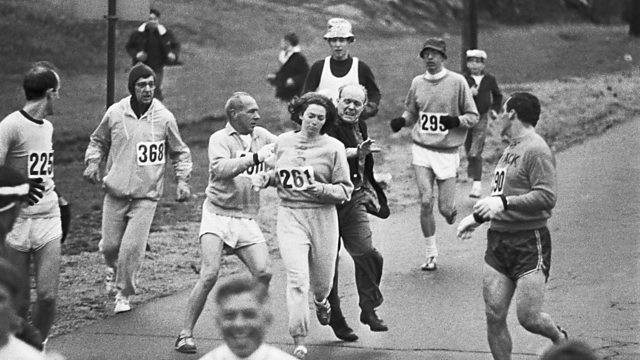 I ran with the men, and changed history

Kathrine Switzer was attacked for running in the 1967 men-only Boston Marathon. Photos of the incident sparked a movement to allow women to run marathons officially.

Kathrine Switzer is a US runner whose dream - back in 1967 - was to be allowed to run a marathon. Back then there was a belief that women were physically incapable of doing such long distances, and it could even be dangerous for their health. Kathrine was 20 when she signed up for the world famous Boston Marathon using only her initials, but when she was spotted by race official Jock Semple he attacked her, outraged that a woman was running in the men-only event. Photos of that moment went across the world, and changed Kathrine’s life and the future of the sport. She went on to campaign for women’s official inclusion in the Boston Marathon in 1972, helped create the first women’s road race, and was instrumental in making the women’s marathon an official Olympic event in 1984.