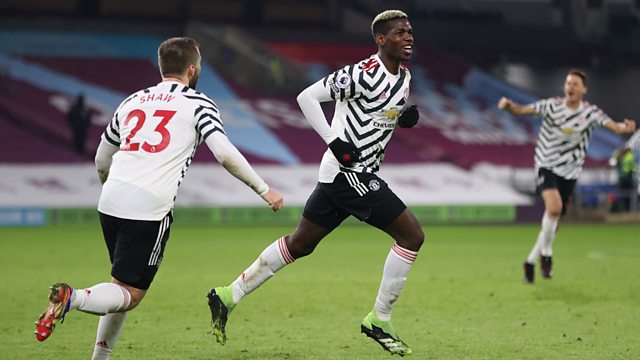 Listen to full reaction and interviews with Mark Chapman from three huge games in the Premier League as Manchester United move top of the table.

Mark Chapman reflects on three huge matches in the Premier League with the 5 Live Sport commentary team as Manchester United beat Burnley 1-0 at Turf Moor to move top of the table, three points ahead of champions Liverpool.

At the 18th time of asking, Sheffield United finally registered a Premier League victory by beating 10-man Newcastle thanks to a Billy Sharp penalty at Bramall Lane.

And Everton are back in the top-4 with hard fought 2-1 win over Wolves at Molineux.