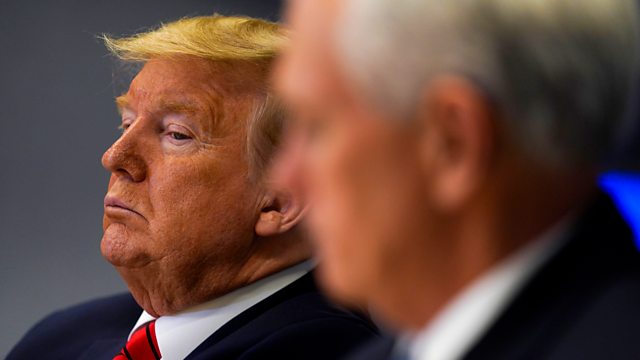 A gripping account of the final chapter in Trump’s extraordinary presidency.

A gripping final instalment of the acclaimed BBC series The Trump Show. This film charts Donald Trump’s last months as president as he attempts to win, and subsequently overturn, the results of the 2020 election – culminating in scenes of violent ‘insurrection’ against the US Congress.

Friends, advisers and close observers tell the story of Trump’s last days, from packed rallies - held as coronavirus besieges America - to riots on Capitol Hill. The film provides a blow-by-blow account of the final weeks of his administration - and a gripping psychological study of the controversial leader’s final days in power.

See all episodes from The Trump Show

See all clips from Downfall (3)