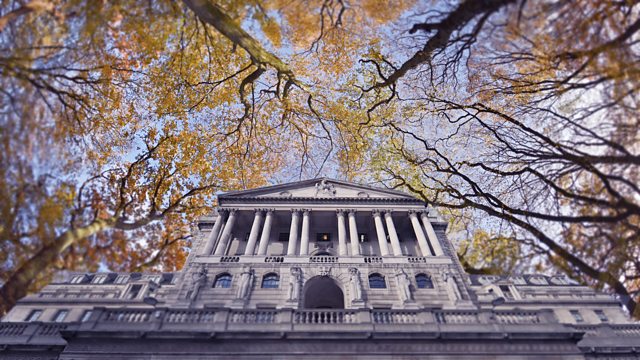 Dharshini David explores how the government and the Bank of England turned the money taps back on.

There have been years of austerity policies designed to reduce the deficit. And political opponents, who claimed that more money should be made available for public services, were told they were living in a fantasy world. “There is no magic money tree,” became a mantra for debt-averse economists and politicians.

But in the face of the pandemic, the Conservative government has now overseen an enormous programme of spending, and propping up businesses and wages on an unprecedented scale. Alongside the government's efforts, the Bank of England is also pouring new money into the economy with fresh programmes of quantitative easing.

So where is the money coming from? And who will pay the piper in the end?

Talking to people who've had their hands on the lucre levers of government and central banking, Dharshini David goes in search of the roots, branches and shadows of the new magic money forest.