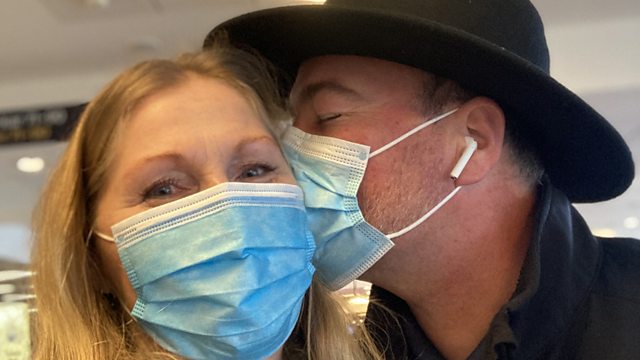 'We couldn't see each other for nine months because of coronavirus'

Tina and Victor have been together for seven years and usually meet up every three months in their homes in the US or Sweden. So when countries closed their borders to contain the spread of coronavirus, they had to spend nine months apart.

Because Victor had applied for a residency permit, he took his chances and booked a flight to Stockholm - nine months after leaving Tina's home in Sweden last Christmas.