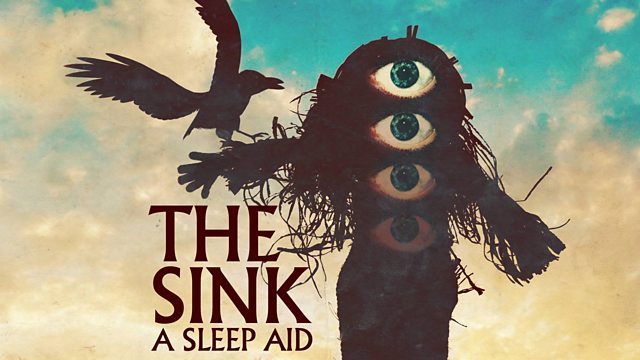 The Sink: A Sleep Aid

New subject beginning Sink treatments. Subject has been having an “absolute full shocker” of a year.

New subject beginning Sink treatments. Subject has been having an “absolute full shocker” of a year. Symptoms include:

We highly recommend listening to this and all the episodes from the beginning and on headphones or a good set of speakers.
The Sink is written by Natasha Hodgson
It is produced by Andy Goddard

The script editor was Gareth Gwynn.

It is a BBC Studios Production.

Andy Goddard is a podcast producer and sound designer responsible for many hit podcasts & radio programs including Wooden Overcoats, Armstrong and Miller: Time Ghost and A Very John Kearns Christmas.

Natasha Hodgson is an award-winning writer, actor and comedian and singer. Her TV writing credits include the BAFTA award-winning Amazing World Of Gumball and Bravest Warriors, created by Adventure Time’s Pendleton Ward. Her other performance credits include appearances on Newsjack Unplugged, Tom Neenan is Not All Men, Tech Tech Boom and Front Row on BBC Radio 4 and The Beef and Dairy Network podcast. She has also written and starred in award-winning musical Operation Mincemeat and is a founding member of award-winning comedy theatre company Kill the Beast.

See all episodes from The Sink: A Sleep Aid