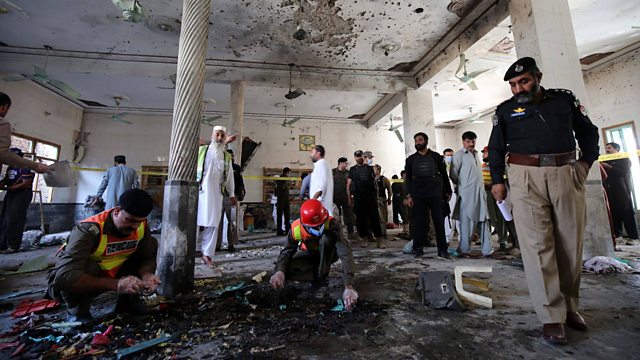 Seven people have been killed in a bomb attack on a religious school in the Pakistani city of Peshawar. Around a hundred children are believed to have been studying at the madrassa at the time. Police say the explosive device had been left at the site in a bag and detonated from a timer. BBC Newsday heard more from Sumaira Jajja, a journalist for Dawn in Pakistan.

(Pic: Security officials inspect the scene of an explosion at an Islamic seminary in Peshawar, Pakistan; Credit: EPA