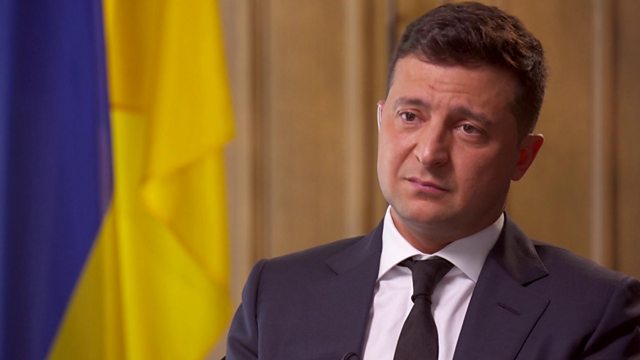 The Ukrainian president says he will not get drawn into the US presidential election.

Ukrainian President Volodymyr Zelensky says he will not get drawn into the US presidential election because whoever wins will support Ukraine.

He was asked by Hardtalk's Stephen Sackur whether he wanted Joe Biden to win after President Donald Trump asked the Ukrainian leader to investigate Hunter Biden, the son of his political rival.

Mr Zelensky said he had met with members of the US Congress and Senate: "We enjoyed bipartisan support for Ukraine. I'm not playing these minor games which could influence the outcome of the elections in the United States and which in the future might influence what is going on in my country."

Mr Trump has argued that the younger Biden improperly held a board position with a Ukrainian natural gas firm while his father was US vice-president and in charge of American-Ukrainian relations.

President Trump's opponents accused him of abusing his power over the incident and sought to have him removed from office through an impeachment trial. But the Senate found the president not guilty in February.

A report by Republication senators published last month said Hunter Biden’s work at a Ukrainian energy firm while he father was vice-president was “problematic”, but found no evidence that US foreign policy had been influenced by it.

The Biden campaign has rejected the report as an attempt to undermine him and distract from the coronavirus pandemic. 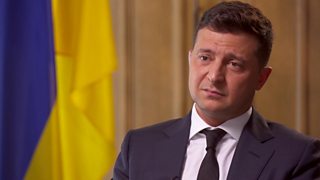