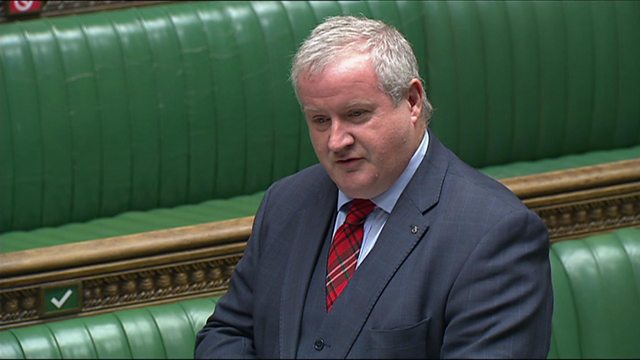 SNP: Why does Scotland not trust PM or Westminster?

The SNP's Westminster leader said a survey showed 15% of Scots trusted the UK government to work in Scotland's best interests.

Ian Blackford asked the prime minister why they did not trust him.

The prime minister said Mr Blackford should "inform his electorate" that the UK government had manged to lift the ban on British beef imports to the US after "successive governments had failed" to do so.

Mr Blackford said it was "little wonder trust in the government was falling" and accused the PM of “yapping, bumbling, mumbling” in his reply. 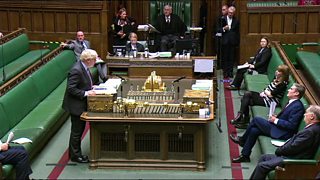 See all clips from Politics Live (569)