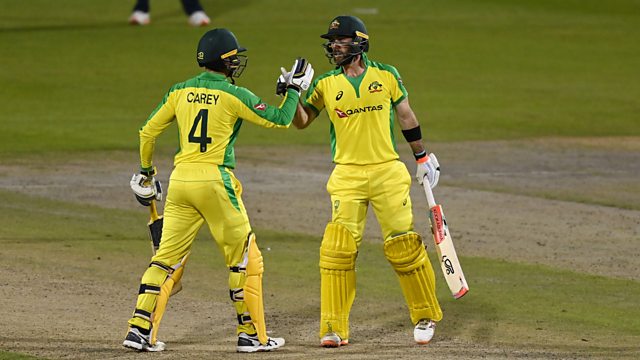 Alex Carey and Glenn Maxwell both hit centuries as Australia clinched a nail biting one day international series decider. The TMS team also discuss their moments of the summer.

Reaction from Old Trafford where England's men played their last match of the summer, as Alex Carey and Glenn Maxwell both hit centuries for Australia to clinch a thrilling 2-1 series victory in the final one day international.

We hear from both batsman on their record-breaking 212-run partnership as well as England captain Eoin Morgan, who reviews his side's performances with the white ball.

The TMS team also discuss their champagne moments from an unprecedented summer of cricket that never looked like happening after the coronavirus outbreak.