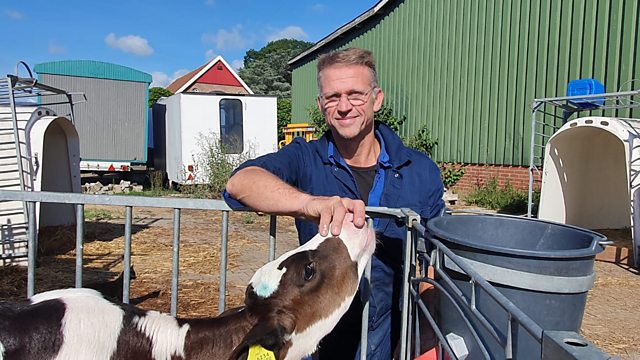 The trouble with Dutch cows

Dutch farmers - some of the world's most successful food producers - are in uproar over a call to get rid of half their animals, to end toxic nitrogen emissions.

The Netherlands - small and overcrowded - is facing fundamental questions about how to use its land, following a historic court judgment forcing the state to take more urgent action to limit nitrogen emissions. Dutch nitrogen emissions - damaging the climate and biodiversity - are the highest in Europe per capita. And though traffic and building are also partly to blame, farmers say the government is principally looking to agriculture to make the necessary reductions. They've staged a series of protests - what they call a farmers' uprising - in response to a suggestion from a leading politician that the number of farm animals in the country should be cut by half. This is meant to bring down levels of ammonia, a nitrogen compound produced by dung and urine. The proposal comes even though their cows, pigs and chickens have helped make the tiny Netherlands into the world's second biggest exporter of food. Farmers think they're being sacrificed so that the construction industry, also responsible for some nitrogen pollution, can have free rein to keep building, as the country's population, boosted by immigration, grows relentlessly. What do the Dutch want most - cows or houses? Will there be any room in the future for the ever-shrinking patches of nature? And in a hungry world, shouldn't the country concentrate on one of the things it's best at - feeding people? Tim Whewell travels through a country that must make big choices, quickly.