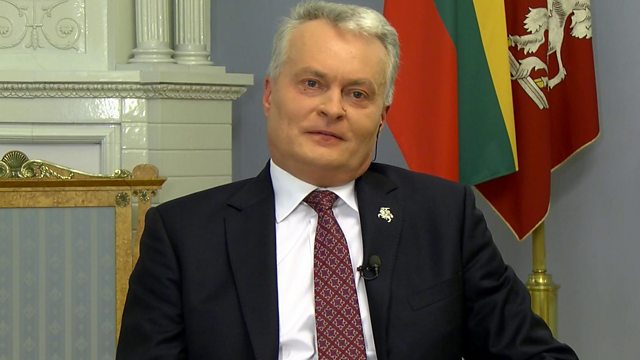 Nauseda: 'Why we must oppose Alexander Lukashenko'

Supporting the Belarusian opposition is a matter of principle and not a cost-benefit analysis over whether they will suffer consequences from being at odds with Russia, Lithuanian President Gitanas Nauseda has said.

Mr Nauseda told Hardtalk’s Stephen Sackur that he had not forgotten that when Lithuania declared independence 30 years ago, Iceland recognised this, despite being a distant country.

“We think that now we must do the same, that Iceland did 30 years ago,” he said.

Belarus has seen mass protests since its disputed 9 August election, which are widely believed to be have been rigged to favour President Alexander Lukashenko.

President Lukashenko has been in power for 26 years. 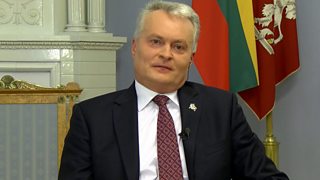 HARDtalk—Gitanas Nausėda – President of the Republic of Lithuania