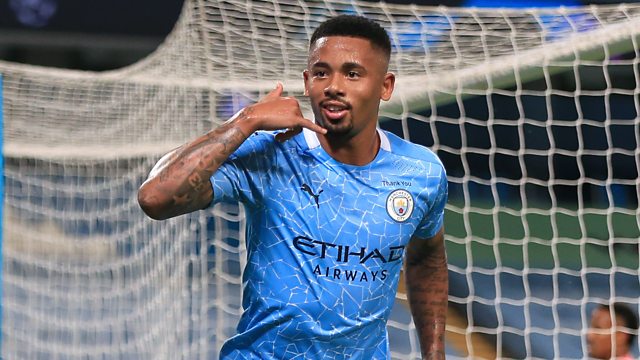 A Manchester City masterclass, but was that the ‘Real’ Madrid?

It means they’re through to the ‘Final 8’ tournament style end to the competition with a 4-2 victory on aggregate.

The panel debate whether Gabriel Jesus came of age tonight with a goal and an assist and how he could be the long-term replacement for Sergio Aguero.

David Silva made his final appearance at the Etihad tonight in a Manchester City shirt after 10 years with the club – so Shaun Wright-Phillips gives us an insight into his former team mate and how much influence Silva has in that dressing room.

Former Chelsea defender Mario Melchiot comes on to the pod to look ahead to Chelsea’s Champions League Round of 16 second leg away at Bayern Munich on Saturday night.

It’s an uphill battle for Frank Lampard’s side as they are trailing the Bundesliga champions 3-0 on aggregate.