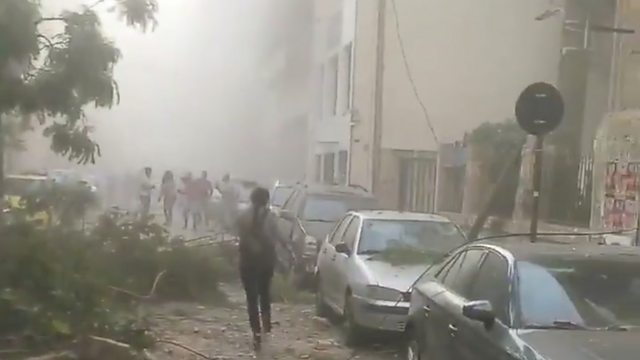 An explosion in Beirut, caused by 2,750 tonnes of ammonium nitrate stored unsafely in a warehouse, has killed at least 100 people and injured more than 4,000 others. Samah Hadid, a resident whose apartment building was destroyed in the blast, describes how her building was rocked by the explosion and the devastation she witnessed in the streets. She says aid is vital to house people who have lost their homes.