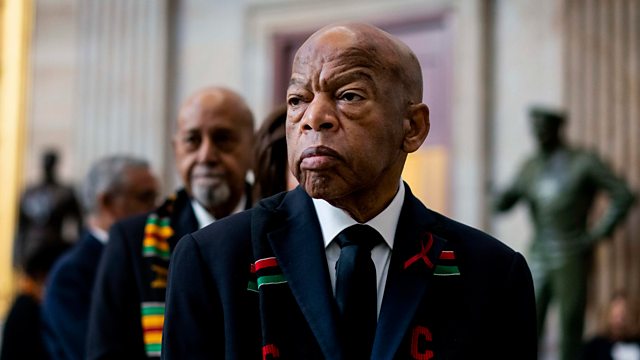 John Lewis funeral: He was 'a person who only wanted peace and equality'

The body of late US civil rights activist and congressman, Senator John Lewis, will be laid to rest later today in a private ceremony in Atlanta. Mr Lewis died earlier this month aged 80. Dawn Porter, who directed a documentary on the life of the Senator, describes her memories of the man, her feelings about the fact President Trump has said he will not be attending the funeral, where Barack Obama will be giving a eulogy and the legacy of John Lewis in the fight for the vote for African Americans.