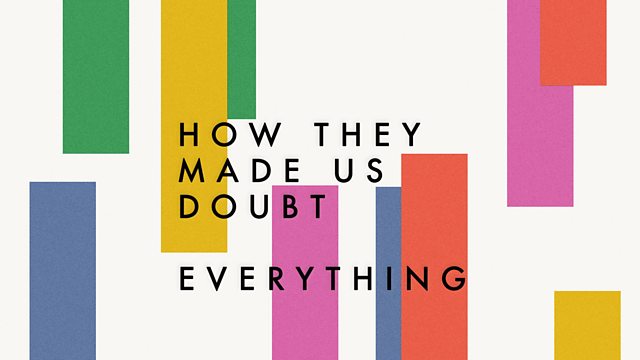 How They Made Us Doubt Everything: 1. Big Oil's Big Crisis

From climate change to smoking and cancer, this is the story of how to manufacture doubt. How would oil companies respond to the crisis posed by the long hot summer of 1988?

From climate change to smoking and cancer, this is the story of how doubt has been manufactured.

In this episode we take you to an oil company’s boardroom as they plan their response to the ‘crisis mentality’ that was emerging after the long hot summer of 1988. 5,000 people died in the heat wave, coinciding with the moment NASA scientist Jim Hansen announced that a ‘greenhouse effect’ was ‘changing our climate now’. This looked like a battle for the survival of the oil industry.

This 10 part series explores how powerful interests and sharp PR managers engineered doubt about the connection between smoking and cancer and how similar tactics were later used by some to make us doubt climate change. With the help of once-secret internal memos, we take you behind boardroom doors where such strategies were drawn up and explore how the narrative changed on one of the most important stories of our time - and how the marketing of doubt has undermined our willingness to believe almost everything.