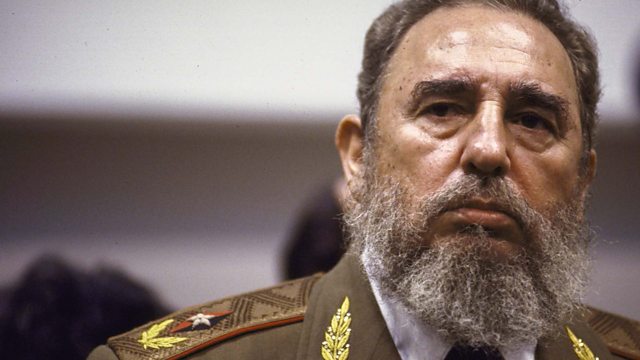 Cuba: Castro vs the World Series 1
Episode 2 of 2

The story of how Castro saved his revolution post-Cold War. Through ingenious diplomacy and soft power, Cuba broke its isolation. But with Trump, it could be short-lived.

The story of how Cuba struggled in the wake of the collapse of the Soviet Union, their main economic and political supporter.

The massive decline in living standards triggers refugee crises, which play havoc with Cuba's already difficult relations with the US and force the two enemies to negotiate for the first time one on one and officially. Infuriated, the Cuban Miami exiles step up their operations against what they think is a weakened regime. But Cuba's robust self-defence kills four Americans and gives no choice to President Clinton but to sign a Congress bill that tightens even further the US embargo on the island. Castro has to find new friends and trading partners.

He strikes gold in Venezuela - the new president there, Hugo Chavez, is a long-time admirer. Cuba agrees to exchange medical aid for much-needed oil in what becomes known as Operation Milagro. This operation not only helps Cuba's economy, it also wins Cuba new allies across all of Latin America and paradoxically leads to rapprochement with the US under the Obama administration. But with Trump in the White House and Raúl stepping down last April, Cuba's future remains unclear.

See all episodes from Cuba: Castro vs the World

See all clips from The Charm Offensive (3)