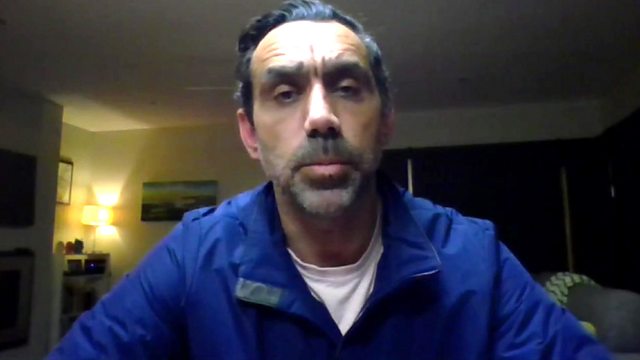 Australian rules footballer Adam Goodes has spoken about why he decided to leave the sport in 2015.

“I need to get away from this toxic environment which had up until that point in time been a safe place for me," he told BBC Hardtalk’s Stephen Sackur.

Goodes was selected as Australian of the Year in 2014, but sparked a nationwide controversy during an Australian Rules football game in Melbourne a year earlier.

After being racially abused by a 13-year old girl Goodes pointed to the girl in the crowd who was then removed from the stadium.

Over the next two years Goodes said the atmosphere in stadiums around Australia was “toxic” and quit the game permanently in 2015.