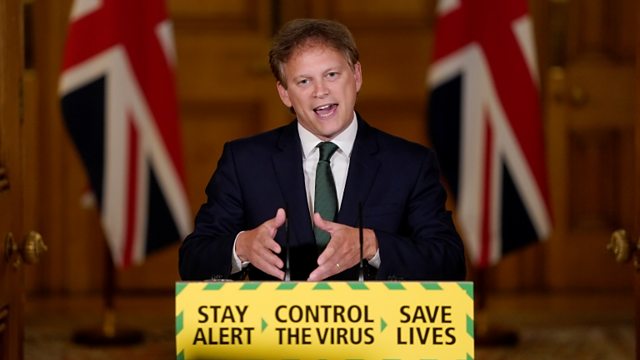 'Where is the right balance between making sure that we put lives first but also protect livelihoods? Not an easy process'

The Transport Secretary Grant Shapps told Mishal Husain that people arriving in England from more than 50 countries including France, Spain, Germany and Italy will no longer need to quarantine from 10th July. He added that the US is not included as "they have got very high numbers of infections", while Greece does not feature as it has banned flights from the UK until 15th July. Most travellers to the UK currently have to self-isolate for two weeks.