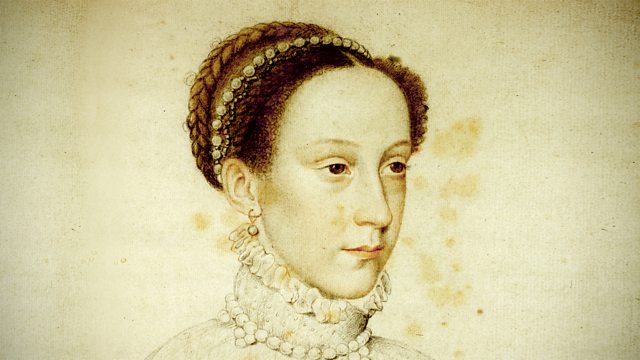 Melvyn Bragg and guests discuss the history of Mary Stuart, Queen of Scots, who might have united the French, English and Scottish thrones.

In a programme first broadcast in 2017, Melvyn Bragg and guests discuss the history of Mary, Queen of Scots, who had potential to be one of the most powerful rulers in Europe, yet she was also one of the most vulnerable. In France, when she was the teenage bride to their future king, she was seen as rightful heir to the thrones of England and Ireland, as well as Queen of Scotland and one day of France, which would have been an extraordinary union. She was widowed too young, though and, a Catholic returning to Protestant Scotland, she struggled to overcome rivalries in her own country. She fled to Protestant England, where she was implicated in plots to overthrow Elizabeth, and it was Elizabeth herself who signed Mary's death warrant.