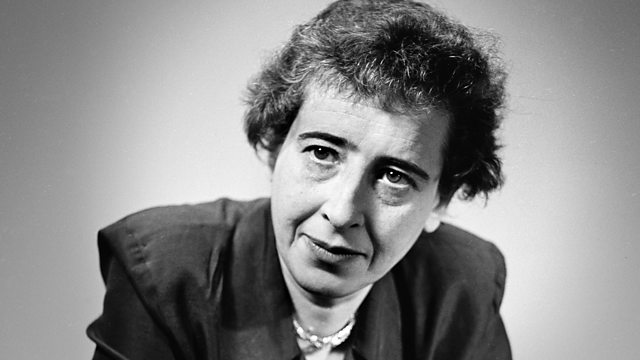 Melvyn Bragg and guests discuss the ideas of Hannah Arendt who examined totalitarianism and politics and, when covering the Eichmann trial, explored 'the banality of evil'.

In a programme first broadcast in 2017, Melvyn Bragg and guests discuss the political philosophy of Hannah Arendt. She developed many of her ideas in response to the rise of totalitarianism in the C20th, partly informed by her own experience as a Jew in Nazi Germany before her escape to France and then America. She wanted to understand how politics had taken such a disastrous turn and, drawing on ideas of Greek philosophers as well as her peers, what might be done to create a better political life. Often unsettling, she wrote of 'the banality of evil' when covering the trial of Eichmann, one of the organisers of the Holocaust.