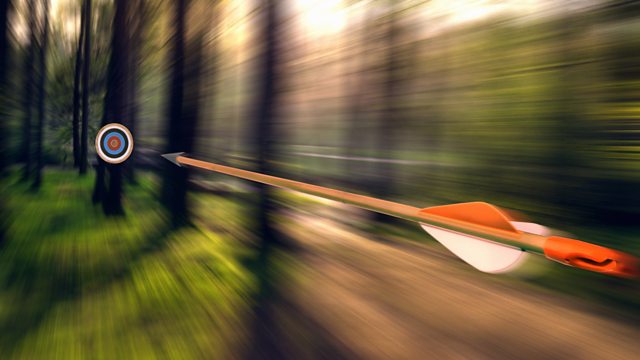 Melvyn Bragg and guests discuss the paradoxes attributed to Zeno of Elea (c490-430BC) which have stimulated mathematicians and philosophers for millennia.

Melvyn Bragg and guests discuss Zeno of Elea, a pre-Socratic philosopher from c490-430 BC whose paradoxes were described by Bertrand Russell as "immeasurably subtle and profound." The best known argue against motion, such as that of an arrow in flight which is at a series of different points but moving at none of them, or that of Achilles who, despite being the faster runner, will never catch up with a tortoise with a head start. Aristotle and Aquinas engaged with these, as did Russell, yet it is still debatable whether Zeno's Paradoxes have been resolved.

Barbara Sattler
Lecturer in Philosophy at the University of St Andrews

James Warren
Reader in Ancient Philosophy at the University of Cambridge